These cheesy breadsticks are keto, low carb and gluten free. They are easy to make and ready in about 30 minutes. 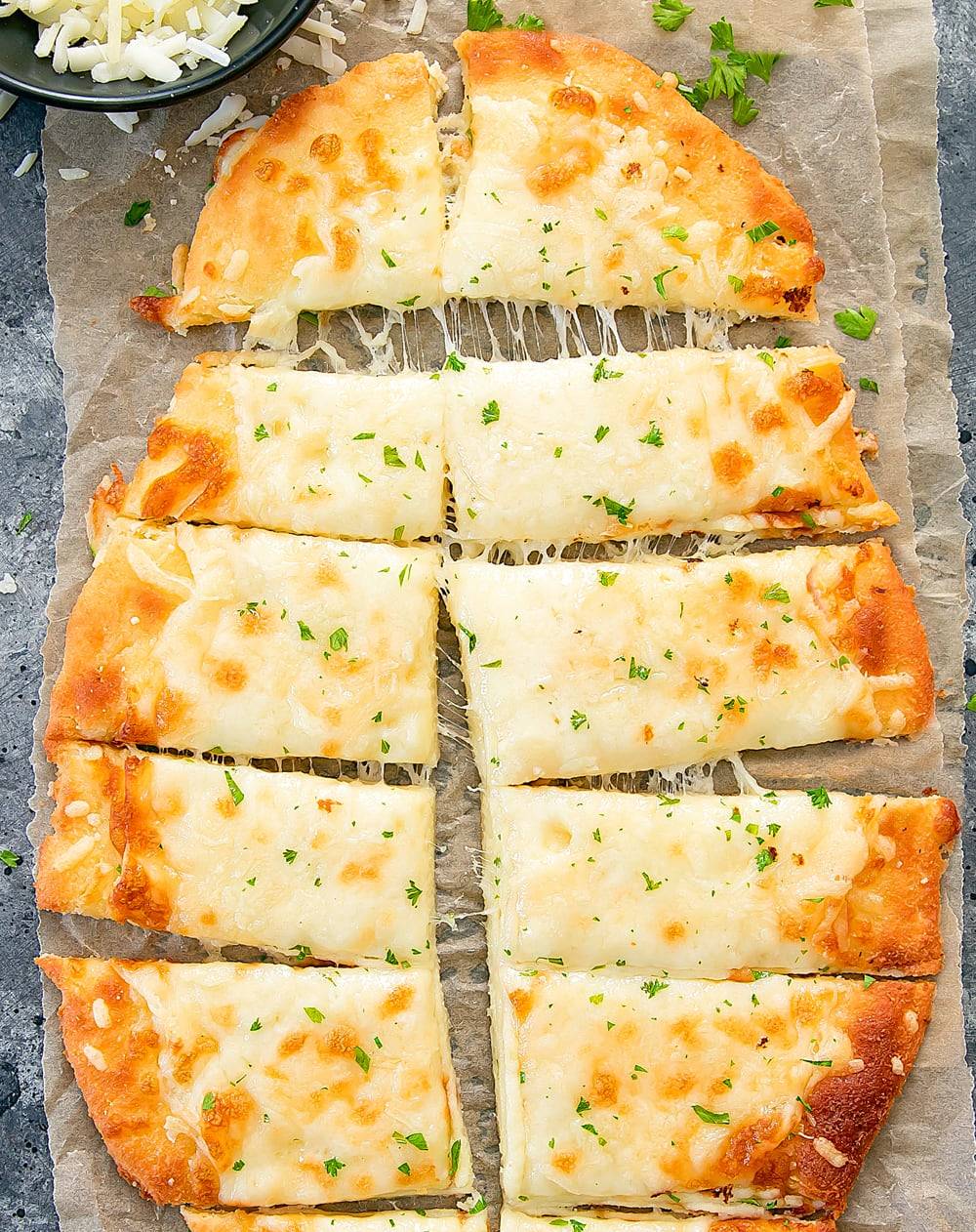 The base of this keto dough is cheese. Mozzarella and cream cheese are melted down to form a cheese dough. You can melt them down in the microwave or over the stove in a double boiler.

I tested versions with just almond flour and just coconut flour but found that the combination of both worked the best. Coconut flour is very absorbent, so you don’t need to use as much of it. I originally tried only using coconut flour and while the dough worked out fine, it tasted sweet from the coconut flour.

Ideally, I would have liked to only use almond flour but almond flour does not absorb as well, so you end up having to use a lot of almond flour to get to a workable dough.

This is why my recipe uses both. The coconut flour helps absorb any liquid and the almond flour keeps the dough from being too sweet.

My favorite method for mixing this dough is with a food processor using the dough blade attachment. The dough is quite sticky so it’s hard to mix the dough by hand.

Parchment paper is also pretty important for this recipe. The dough is quite sticky, so I rolled out the dough between two sheets of parchment paper. I peeled the top layer off when the dough was rolled out.

The dough should be baked in the middle of the oven by itself. If you have other items in the oven, it will affect the baking temperature and can lead to uneven baking of the breadsticks.

This dough came together very quickly and these breadsticks were ready in about 30 minutes! 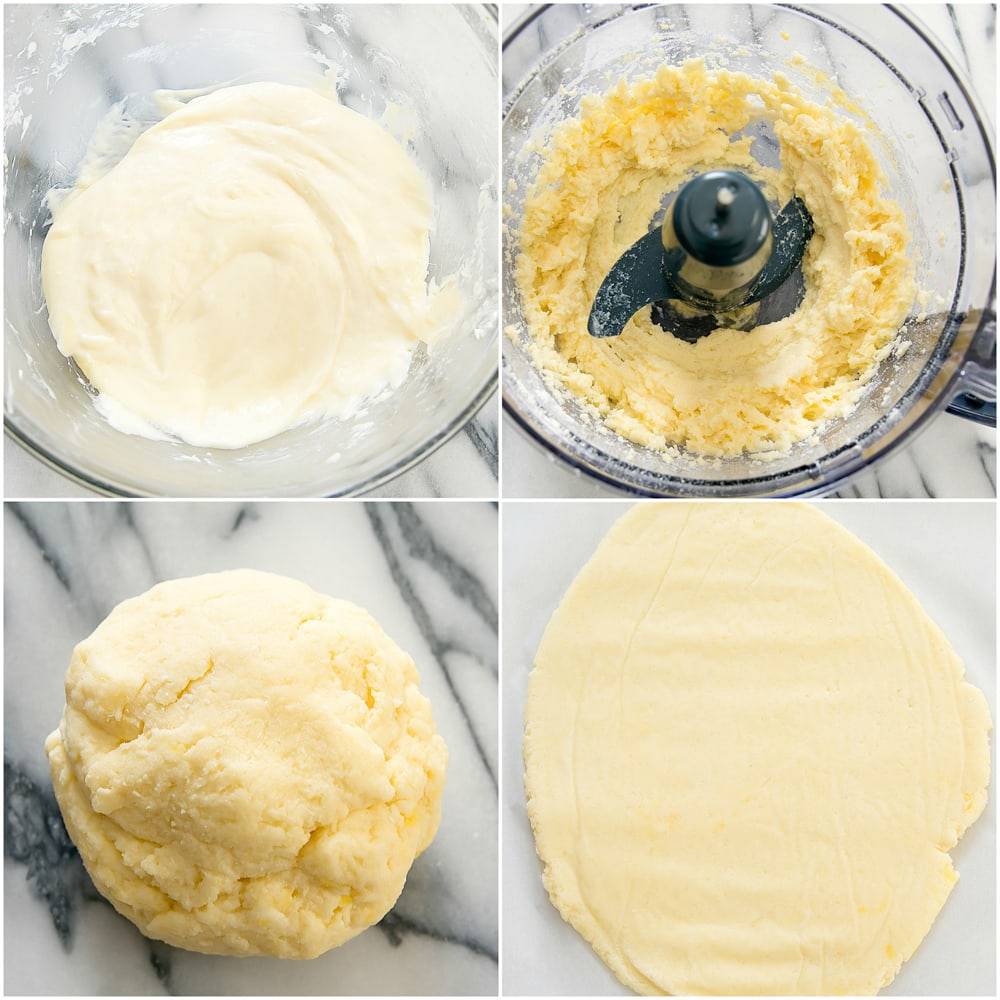 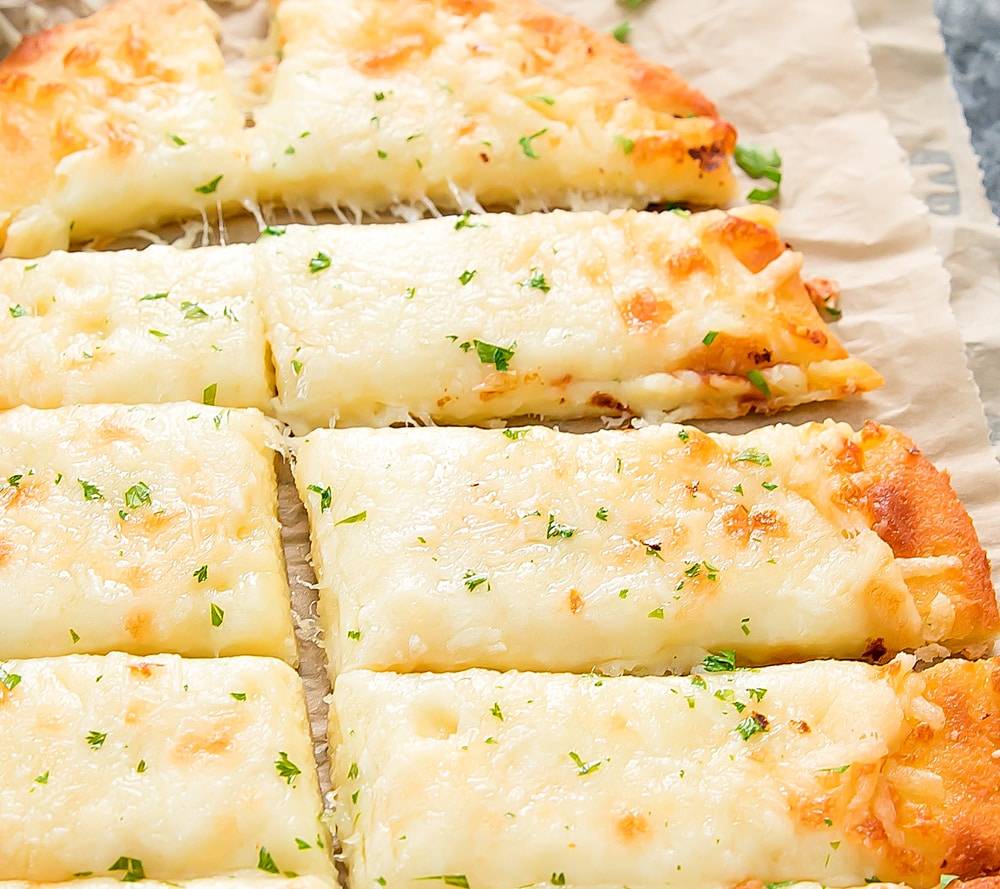 I subbed the cream cheese out for Ghee and it worked perfectly! Great recipe thanks!